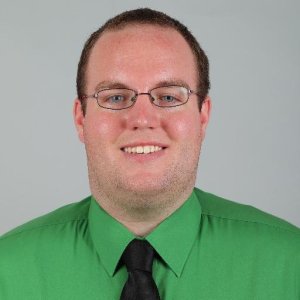 A unique perspective on the business of sports.

My opinion is the ratings may have been down due to the lack of a compelling matchup from the Empire State. I wouldn’t be surprised if ratings were down from last year’s due to people realizing that the quality of the games on Thursday is a pittance. The Twitter experience still has some quirks that need to be worked out but with over 2 million viewers and the average viewing time of 22 minutes, this is certainly a valuable property. Twitter has struck a deal with Time Inc. to simulcast the Twitter stream on Time properties, which I think is a very proactive approach to increase the visibility. The remaining issues for TNF on Twitter mainly reside with the viewing experience. There is a lag of approximately 45 seconds between the TV set and Twitter feed, which is disparaging on a real time platform. The second complaint that was commonly lauded was the inability to change the tweets that were displayed on the TNF page. The tweets displayed were curated content, controlled by a combination of a human/computer algorithm to weed out the bad apples. Paying approximately $1m per game and charging between $1-8m for varying levels of sponsorships, Twitter made out well on this deal. I wouldn’t be surprised to see the bidding of simulcast rights go much higher on the next deal similar to what the NFL was able to pull off for the linear rights on Thursday Nights by splitting the package between CBS/NBC.

LiveLike is a new competitor to the Virtual Reality space. My most interesting takeaway from this is that Fox Sports already had a five-year agreement in place with NextVR. LiveLike takes a fresh approach that does not require a headset to experience and opens the experience up to a much larger audience. The experience was available via Fox Sports VR app, which required cable authentication. I look forward to seeing what the next step is taken by LiveLike and what additional content they are able to deliver to consumers.

Sling TV continues to add to their offerings as an alternative for all of the ‘cord-cutters’ that are contributing to the rapidly falling subscriber numbers at the cable networks. Additional subscribers to ESPN3 are interesting because as a digital platform it now has more subscribers than the ESPN lienar networks. Sling TV is an Over-The-Top solution which will be competing in the future with the ESPN planned OTT network and that is my key takeaway from this content distribution plan.